Valentino Dixon, wrongfully convicted for the death of Torriano Jackson, walked out of an Erie County courthouse a free man on September 19, 2018. It took 27 years to be exonerated for this crime, and now Valentino is starting a new life. His story, unlike others, has caught the attention of the world, and people from the United States to the United Arab Emirates have heard his gripping story. He’s been interviewed for news sources in the United Kingdom, Australia and Dubai, just to name a few. Other than interviews, what has freedom for Valentino Dixon looked like so far? 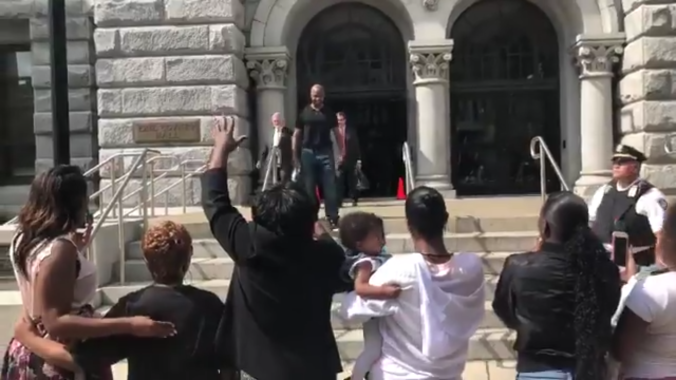 Valentino Dixon walks out of court a free man

Many words could describe his freedom today. There is elation, relief, confusion, stressful, and busy. When Valentino Dixon went to prison, there weren’t smart phones. In today’s world, where kids get iPhones at an early age, and can teach the parents new tricks daily, he is learning how to use his first smart phone. Instead of a prison library, he now has a world of information literally at his fingertips. Can you imagine how overwhelming that would be? Valentino is taking it all in stride though. For him, each new thing he encounters is just another new thing to learn about. And Valentino Dixon is a man that likes to learn new things.

He has a great support network, which helps. Both his mother, Barbara, and his daughter, Valentina have been a constant support, fighting to gain his freedom. The unwavering support has certainly helped. He’s had support from his children, aunts and uncles, and his much-loved grandmother as well. He has also had the unwavering support of his long-time attorney Don Thompson, and private investigator W. Malcolm Plummer, and his daughter, Roxanne. These people gave freely of their time, energy, effort, expertise and money to help Valentino Dixon walk out of prison. Then there was also Max Adler with “”, who first brought Valentino’s story to the public. Marty Tankleff, Marc Howard, and three students from Georgetown University also played a huge role in helping to overturn his conviction.

Valentina Dixon especially remembers working from her early teens to help raise money and spread awareness for her father’s plight. She was just a baby when he was sent to prison, but she grew up knowing that he was innocent, and she worked every day to help prove that. On September 19, 2018 everyone’s hard work paid off, when Valentino was exonerated and walked out of an Erie County courthouse a free man. 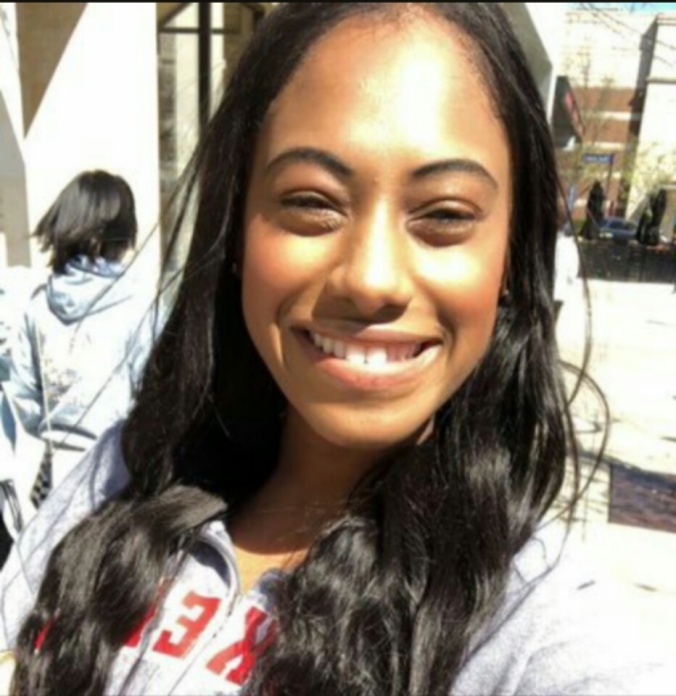 Since then, he’s been busy. Not just average day-to-day living busy, either. He’s been interviewed by news outlets from both local and international news. He’s met with government officials to discuss his conviction, time in prison, and the desperate need for prison reforms. He’s kept promises made long ago to family and friends, making time to see them and thank them for not giving up on him. He’s already had artwork commissions, and is gearing up for his first show as a free man at One World Trade Center. He’s taking golf lessons thanks to the fine folks at “Golf Digest”, and looking forward to seeing his first golf tournament. He’s been so busy, it took almost 3 weeks before he was able to get 7 solid hours of uninterrupted sleep. He’s making up for 27 years of lost time, but he is making that count. Valentino Dixon never expected to be international news, but since he is, he is using his time to spread awareness about topics like prison reform, and youth in the criminal justice system.

I’ve spent a lot of time these past weeks talking to Valentino and his daughter Valentina. For Valentina, it’s been a kind of surreal experience.

While driving back home from New York, she told me, “I’m not sure what to do tomorrow. I’m so used to helping my dad, by making phone calls or telling people about his case. Tomorrow, I won’t have to do that. It’s strange to think about it.”

Valentina, a mother of active twins, will likely stay just as busy. Not only has she got her own family to take care of, she will still be a rock her father depends on as he learns to navigate today’s world. Everything from Iphones to Facebook, it’s all new to him. I think her work has just gotten started.

For Valentino, it’s all about learning about today and looking forward to tomorrow. He wants to spread his message about prison reforms and juvenile justice reforms far and wide. In addition, he’s still doing artwork, and making plans to take care of his family. Now that he’s out, he wants to take care of the people that took care of him. Things like the art show will help him achieve that goal. He’s also fielding offers from people that want to tell his story. Everything from books to movies, Valentino is a hot property. Thankfully, he has some good people helping him navigate all the offers. Max Adler, with the “Golf Digest”, was one of the very first to bring Valentino’s story to light. He’s sticking by him now as well, helping him field the offers, some outlandish and some legitimate.

Valentino tells me, “It’s been crazy, the stuff that’s going on. People want to buy my story. This wasn’t something I expected. I figured I might be interviewed by the local news or something. I did a couple of interviews with BBC. I’ve got one that’s going to be shown in Australia. And now people want to pay me for my story. I didn’t expect this at all!”

It’s not ALL fun and games for Valentino, though. He’s still talking with lawyers and considering his legal options. While he was cleared of the murder charge, he’s stuck with the weapons charge. That s one of the things he’s thinking about. Not to mention the many years he spent wrongfully imprisoned. So there is the possibility of a civil suit as well. His case is currently being reviewed by attorneys that specialize in civil and post conviction litigation. The bottom line is that while Valentino is free, his legal battles may continue on for a while. While Don Thompson and his firm have fought for Valentino for close to 20 years, he readily admits that Valentino now needs a more specialized legal representation than what he handles. When asked how he felt seeing Valentino freed, he was very pleased.

“It was great, but in a way it was a little anticlimactic. After fighting for so long, it all came down to a brief few minutes in court, where the state agreed that he was not guilty of murder. It wasn’t dramatic at all.” 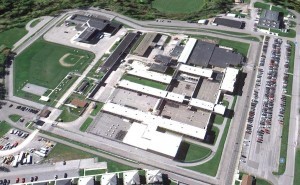 That anticlimactic feeling didn’t last long though. Almost immediately, he had a new fight to wage for Valentino. Everyone was ready for him to walk out of the courthouse a free man. Everyone except the DOC. They wanted him to return to Wende overnight so that they could process him out the next day. Donald Thompson was having none of it. Since Wende had been notified at least a week prior to Valentino Dixon’s anticipated release, he felt they should have been prepared for it. Since they weren’t, he spent the next two hours getting them prepared to accept the fact that Valentino was leaving, period. You get the distinct impression that Don Thompson is not a man to be trifled with.

Today life goes on for everyone involved. Don Thompson has other cases to see to. Max Adler still writes for “Golf Digest”. Marty Tankleff and Marc Howard are gearing up for a new class, new students and new cases. While Mac Plummer has retired, his daughter Roxanne has taken up the reigns. Valentina has her family to care for. And Valentino? Every day is a new day to make a difference, make his mark on the world, and overcome the past 27 years. One thing is certain. Valentino Dixon is a man that won’t take today for granted. He’s going to make a difference. Wait and see.