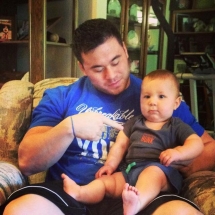 Here we are, in the middling-end of August, looking again at the shenanigans in the case of Daniel Holtzclaw. By now, nothing should surprise us, and yet it still manages to. The latest is the failure of the court clerk to file Holtzclaw’s Motion and Amendment when it was ‘tendered for filing’” leading to – you guessed it – another boon for the state.

Jump in the wayback machine and travel to our shaded picnic spot underneath the OCCA oopsie tree. Our first stop is June 25, 2018, when the Holtzclaw defense team tendered their Motion as well as their Amendment, for filing. They sent it. The clerk of court received it. And that’s as far as it went. The clerk never actually filed either document. This little oopsie wound up giving the State another 40 calendar days in which to respond. How, you ask? Their clock didn’t start until the Motion and Amendment had been filed. This didn’t happen until the judge ordered the clerk to file it, which finally happened on August 3, 2018. My, what a lucky break for the state!

There have been other oopsiedoodles as well, which I began tweeting about as soon as I saw them. There was the mysterious movement of 4 sealed envelopes between the court and the DA. The movement was mysterious because it was improperly recorded by the clerk. The defense did not even know what was in the envelopes at the time, making the failure to record it even more curious. Let us not forget the State;s request for more time that was filed, un-filed, and then corrected to note that it should have been filed elsewhere. Remarkably, some 18 days later the docket shows, you guess it, a request by the state for more time. Spoiler alert – in case you don’t follow dockets and rulings, the request was granted.

There’s also corrections regarding things under seal, from exhibits to trial transcripts. Again, these occurred before the defense knew the full scope and content of the secret hearings held in June 2017. We have struggled valiantly to make our readers aware of the differences between an in camera hearing and an ex parte hearing, but the Court insists on pretending there is no difference. So calling them secret hearings is the easiest way. Regardless, the fact that they took place outside of even the defense was another oopsie, and another score 1 for the State.

If you are starting to see a disturbing pattern here, you aren’t alone. These are just oopsies from the time of the secret hearings until now, about 14 months. Prior oopsies may or may not have occurred, but the only ones we can prove are the ones we called out publicly to begin with. A reasonable person would question how many were missed prior to this.

James Lockard, defense attorney for Daniel Holtzclaw tries to be proactive in the event that they have an error. No sneaky corrections slid into the docket there. Instead, his attempts to correct his error was denied, and ruled as moot. At least he owned it, though, and didn’t wait for the public to point it out before trying to correct it. Sadly, it seems the State cannot say the same.

Outside of the court clerk oopsies, there is the obvious disparities in the amounts of time the court has allowed the defense to submit filings versus the amount of time the courts have allowed the State to respond. Keeping in mind that the State has vast resources not available to the defense, it seems a bit ridiculous to allow them far and above the times allotted. But that’s a different article altogether. Suffice it to say the State has doubled, tripled, and quadrupled down on their stance. Since only time will tell in this case, the State has a vested interest in making that time drag out as long as possible.

If you have any questions about this case, you may contact me here.

5 thoughts on “HELP (not) WANTED: Court Clerk; No experience or ethics needed”